A downloadable game for Windows

This game is in an early stage of development. This demo is meant as a test to balance in-game combat and does not represent the game loop.

What is Gourmet Legacy?

“Hunt ingredients, cook them all and manage your family restaurant.”

There are 4 distinct elements that take part in the gameplay and they are:

- Expand and customize your restaurant with fancy furnishings, kitchen appliances and breed your mount -

Each attack will hit the target based on the actual collision, but critical hits, damage and evasion will be calculated using attributes and game-stats of both the attacker and the defender.

Each character is assigned 3 random Class Abilities. Weapons are class-bound, while armours are not. All armours are edible and will grant twice their bonus while they're being digested.

Each beast when defeated will disappear and drop their respective ingredient: collect them all and discover all recipes by exploiting the thousands combinations of ingredients and cooking methods! Your ability in doing so will determine the success of your activity and the possibility to evolve both your character and your restaurant!

If you like the game so far, please consider:

Stay in touch with us on Discord

Take a look at our Indie DB and our website

Feel free to stream or record videos of this game.

Extract the zip file in an empty folder and launch the ProtoGourmetLegacy.exe executable file.

Hey! This looked pretty interesting and I love the concept! I didn't mind the combat even though it feels clunky. I'm just a bit lost on the tutorial.

It still counted because the tasks were checked off but the wording should be the same to avoid confusion.

It then said to make a dish with cooked leg slices but nothing I cooked checked off that task so I don't know if I missed a step or if it just wasn't working.

Since the design of the menus and the related mechanics are unusual, the game should walk you through the cooking process the first time instead of just telling you what to do in a checklist.

The checklist should also be visible when you need it (or you should be able to call it up on the fly) so you don't have to exit the inventory/restaurant to check what the next thing is.

Once you've done something on the list, there should be some kind of visual/audio acknowledgment so you know you can move on. It could also get rid of completed steps to save screen space.

I know I'm saying "should" a lot lol I don't mean you have to make the game a certain way. I just mean I think these would be quality of life improvements.

Like with the dialogue. There doesn't need to be a different button to "skip" or "proceed" since it's functionally the same thing. I think one button advancing the dialogue is enough.

Overall, this has a lot of potential to be really fun! The menus and UI could just use some work to better support and show off the mechanics. I can't wait to see how the game progresses so good luck with polishing it up!

Hey there, first of all, thank you so much for providing a free demo for this game and allowing people to make videos on it. I was really looking forward to playing this game but if I'm honest, I was disappointed. I think there are so many concepts in this game and I love the world building details but I could not get passed the combat difficulty. I will admit that I didn't focus on eating as much as I probably should have but that's largely because I got overwhelmed by the enemies surrounding me. I actually played the demo a fair while ago now so it looks like the combat may have been better balanced since then so good on you for taking that feedback on board and addressing that issue. I do get pretty annoyed in this video but maybe I'll need to play it again sometime, does the current demo have gameplay outside of combat?

Hey nanohero thanks for playing the demo and for the feedback! Minimap will be there in the final version as well as the scope of the game will be much clearer. This demo has the purpose of giving a taste of the game core mechanics.

Really cool concept! I got a proper viking vibe from the chef and I can't wait to play this :D

I don't know if you've heard of Game Development World Championship before (gdwc2019) but it's a competition for indie game developers where they can submit their games and it's free! It's great if you want some more visibility for the game and it only takes a couple of minutes to join :)

Thank you so much for the kind words and the opportunity! We enrolled just now!

Game shows a LOT of promise and the devs are actively making it better directly from feedback.
https://www.twitch.tv/videos/437868033

Hey frumpopotamus! Thank you for the fun gameplay stream! It really drew some bugs out of their lairs!

Dope concept! Can't wait to see what the new updates!

Thank you for playing the demo! 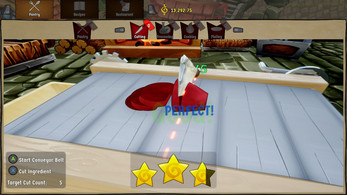 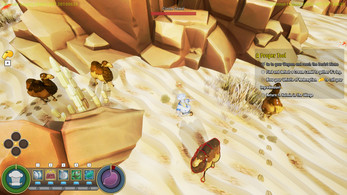 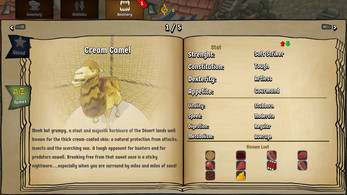 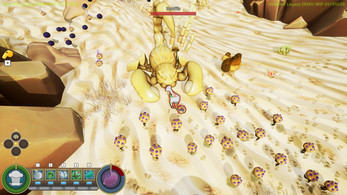 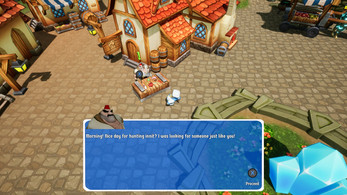 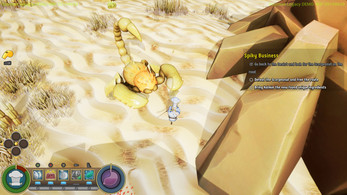 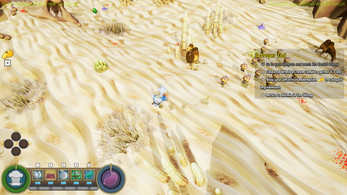